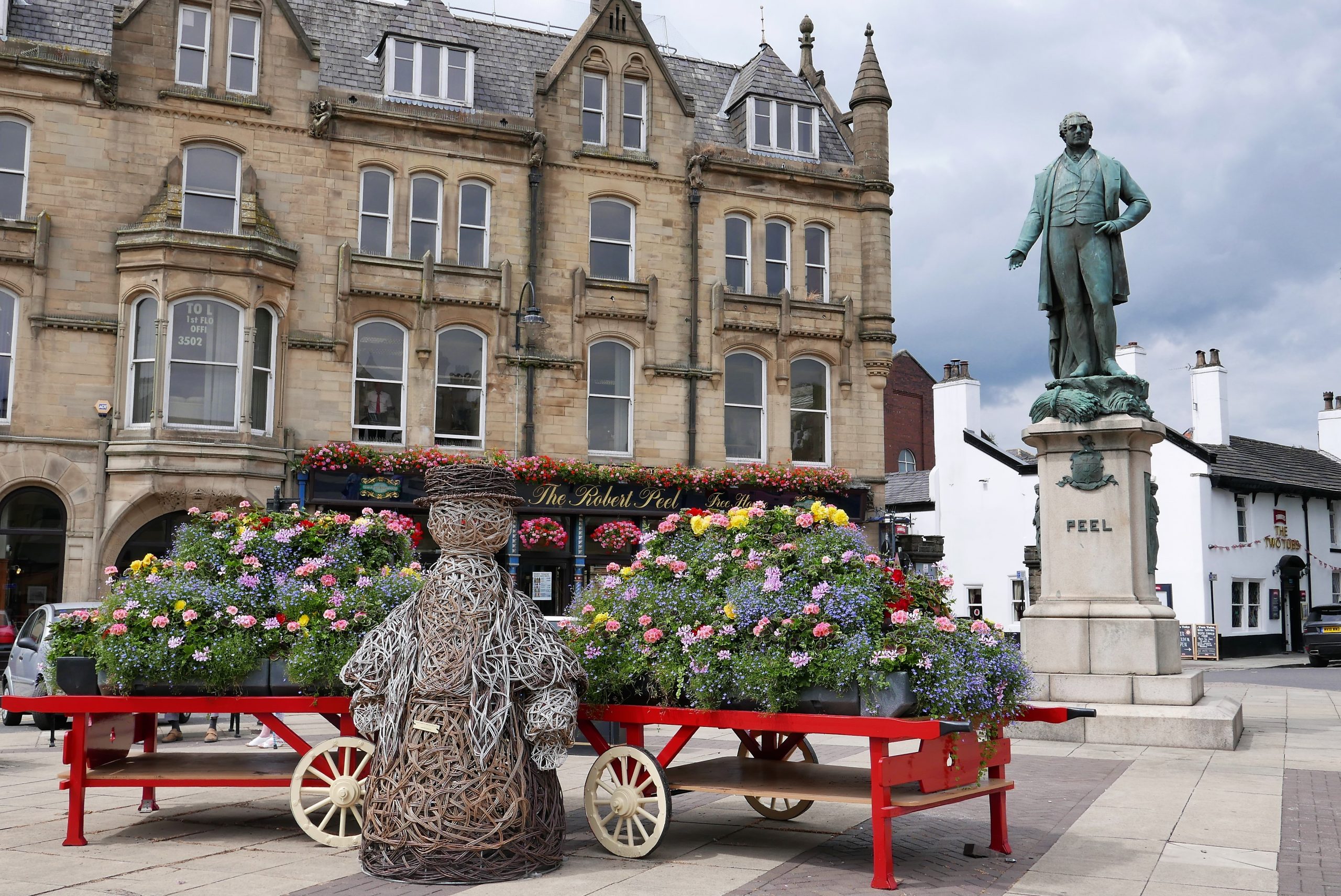 In 2020 Bury became the very first ‘Town of Culture ‘in Greater Manchester, celebrating Bury’s cultural heritage and the distinctive creativity of our Borough.

However due to the Coronavirus pandemic plans were put on hold until this year. So in 2021, Bury officially held the accolade of the Greater Manchester Town of Culture.

On receiving the accolade Councillor David Jones, Leader of Bury Council remarked that the Borough ‘are delighted and honoured to be chosen as the Greater Manchester Town of Culture… it is a fitting recognition of what we have here, coming shortly after we unveiled a statue to Victoria Wood, arguably Bury’s most famous daughter and loved by millions.’

It was Victoria Wood’s work which inspired the Town of Culture bid, based on the concept of happiness – how Victoria approached her work and wanted her audience to feel – and was described by Greater Manchester Mayor, Andy Burnham, as “powerful concept that was uplifting and life affirming”. The impact of culture on happiness and wider wellbeing will be a legacy of the time as town of culture.

The Borough’s culture heritage is rich – from mainstream performers such Elbow and Oscar winner Danny Boyle to a vibrant community arts scene; award winning venues and attractions; and heritage in the form of transport, invention, military association and of communities of interest.

Ever wondered about Bury’s cultural heritage and where in Bury’s Town Centre you might find such places of interest? Do you know the history behind the statues, gardens and museums, how they came to be or why they are there?
We’ve followed Bury Town Centre Cultural Heritage Walk which guides you around some favourite places of cultural heritage in recognition and celebration of Bury as the Greater Manchester inaugural Town of Culture.

Bury Bolton Street railway station, first opened in 1846 and substantially rebuilt in the 1880s and again in the 1950s, is now home to the East Lancashire Railway. Winding through the scenic Irwell Vale along a 12 mile line, the East Lancashire Railway provides a truly unique journey past quaint villages and rural vistas, where passengers can take in the sounds, smell and stunning surroundings of this heritage railway.

The industrial heritage of the North West is brought to life before your very eyes at Bury Transport Museum, which houses a collection of vintage vehicles including buses, steam rollers and trams. Hands-on interactive exhibits explain the development of transport in the North West, how the Goods Warehouse, (now the Museum), was used and the types of materials that would have been handled here.

Born in Ramsbottom, Bury, in 1788, Sir Robert Peel founded the Metropolitan Police in 1829when Home Secretary to Lord Liverpool’s Tory Cabinet and twice served as Prime Minister of the United Kingdom in 1834-35 and again in 1841-46. In Britain today many still commonly refer to police officers as ‘Bobbies’ although originally when the Metropolitan Police first patrolled the streets of London they were also known as ‘Peelers’. 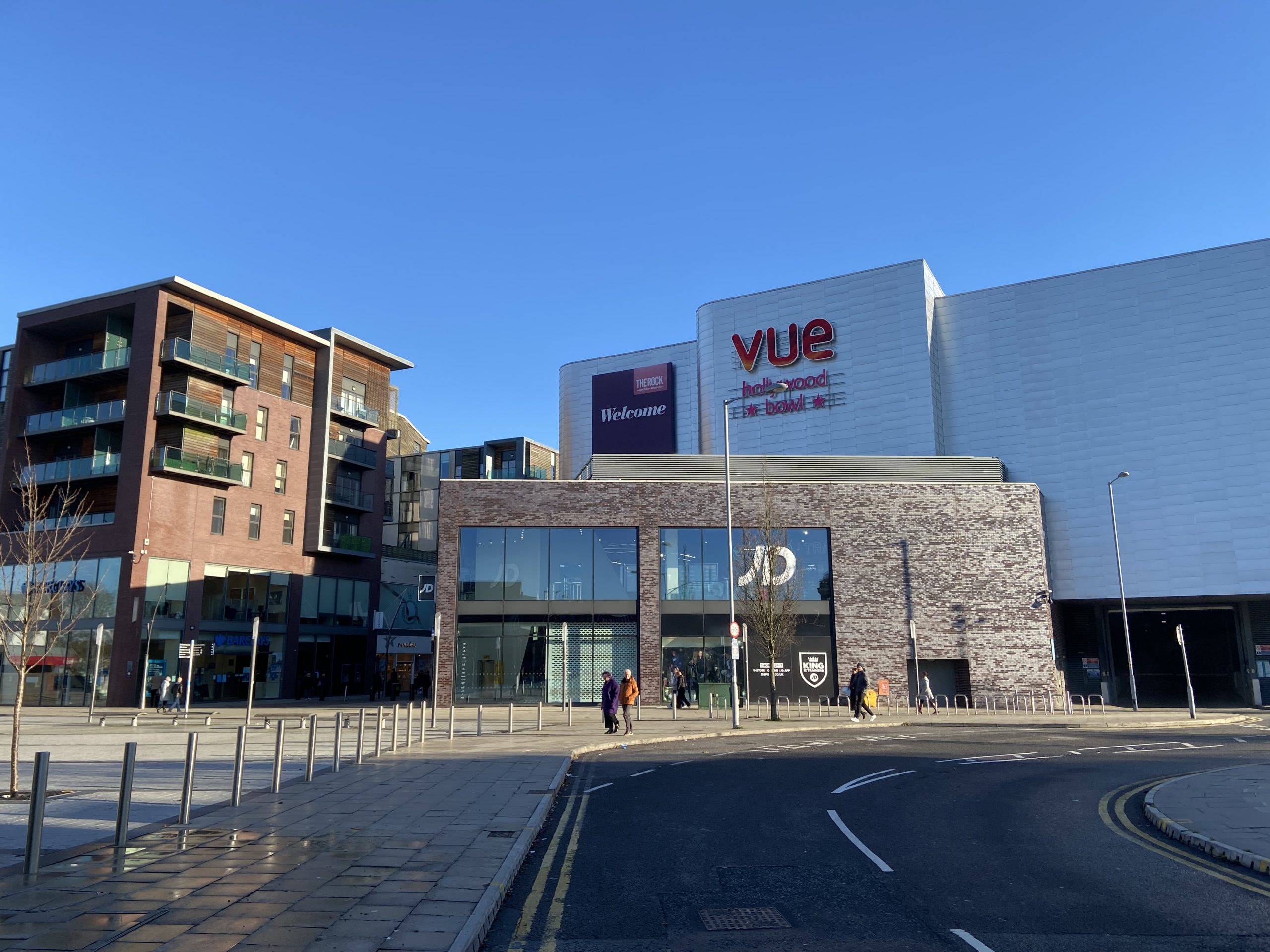 Opened in July 2010 The Rock is a mixed-use scheme offering a shopping, dining and leisure experience all within one complex, meaning you can stay all day and all evening as part of Bury’s Purple Flag accredited town centre – the first in Greater Manchester! Unlike other North West shopping centres, The Rock is uncovered and has been developed around Bury’s historical street layouts.

Bury’s ‘World Famous’ Market has been in operation for nearly 600 years. Now with over350 stalls the market has quite the collection of accolades including; Market of the Year 2006,2009, 2012 and 2015 and more recently voted Britain’s Favourite Market in 2019. No wonder this award winning market continues to bring in over 1,000 coach loads of visitors to Bury year after year.

Born at Park Farm, Bury in 1704, John Kay invested his famous “picking peg” in 1733, which made the shuttle in his hand loom move more quickly. It became known as the “Flying Shuttle“and revolutionised cotton weaving, quadrupling human power and placing England in the front rank as the best market in the world for textile manufacturers. With this, the town of Bury and the surrounding area grew at an astonishing rate. 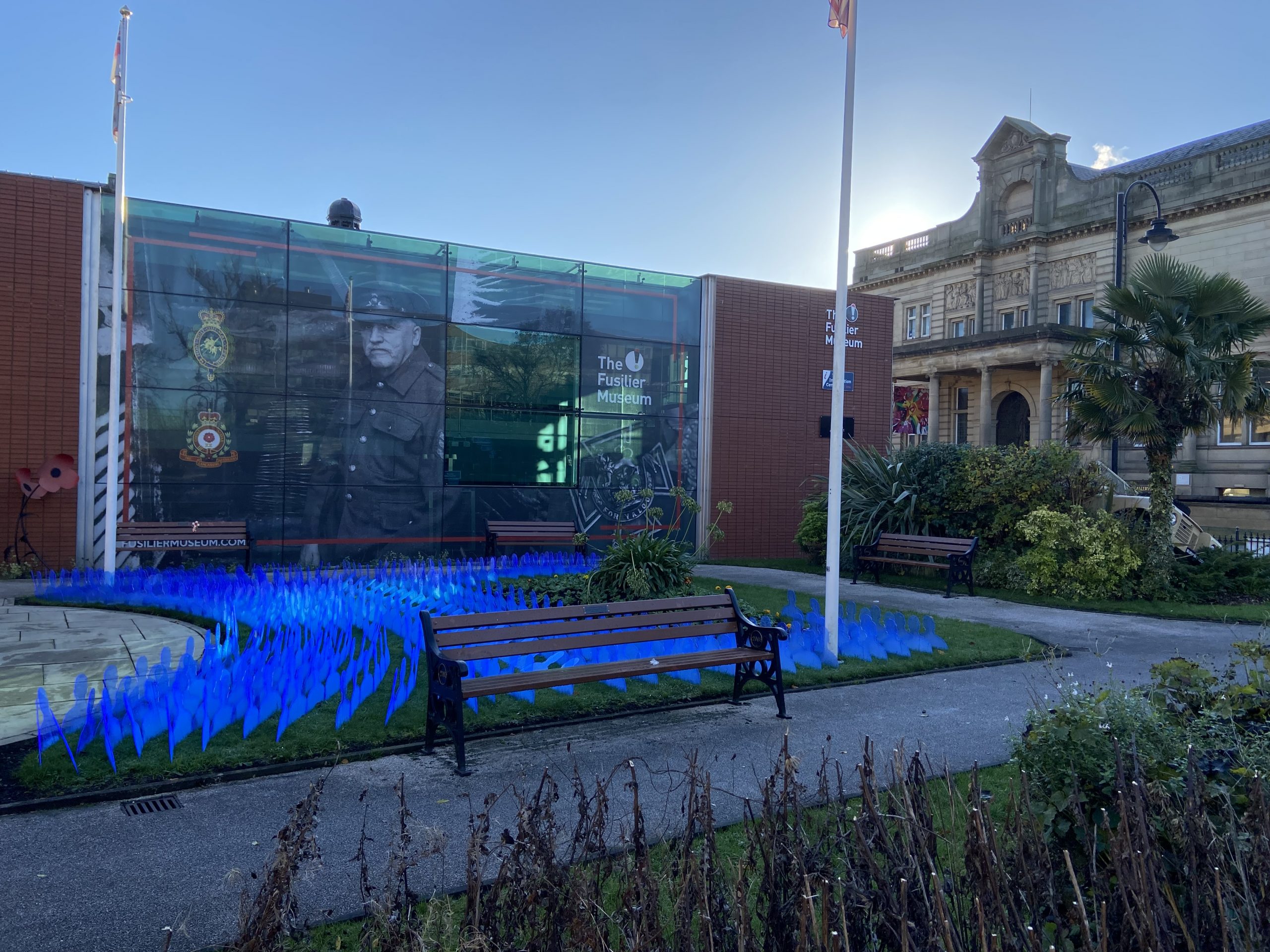 The Fusilier Museum is home to the collections of the 20th Lancashire Fusiliers and the Royal Regiment of Fusiliers. Together they record over 300 years of history and heritage of the people who served and continue to serve in the regiments from 1688 to the present day. You can visit the museum to learn how the Lancashire Fusiliers resulted in ‘six VCs before breakfast’ at Gallipoli and the military heritage of the Borough.

Bury Art Museum, housed in a distinctive Edwardian building, is the perfect place to enjoy art and find out more about the rich history of Bury and the surrounding area. Showcasing the best of international and local art Bury Art Museum can truly offer something for all interests. The collections and exhibitions are supported by a range of activities and events which allow visitors to explore and enjoy the Gallery and Museum further.

Born in Bury on 19th May 1953, Victoria Wood CBE, was a comedian, actress, singer, composer, screenwriter, producer and director who wrote and starred in dozens of sketches, plays, musicals, films and sitcoms over several decades. Victoria’s live comedy act was interspersed with her own compositions, which she performed on the piano where much of her humour was grounded in everyday British life, where she included observations of culture and satirising aspects of social class.

The Met is a stunning, award winning, live music venue noted nationally for its specialist folk music programme. Having recently undergone a multi-million pound refurbishment, it incorporates two modernised performance spaces and Edwin Street Creative Hub which includes a Recording Studio. The Met is also the proud organiser and promoter of the Head for the Hills festival and has been named Cultural Venue of the Year 2018 & 2019 by the This Is Manchester Awards. 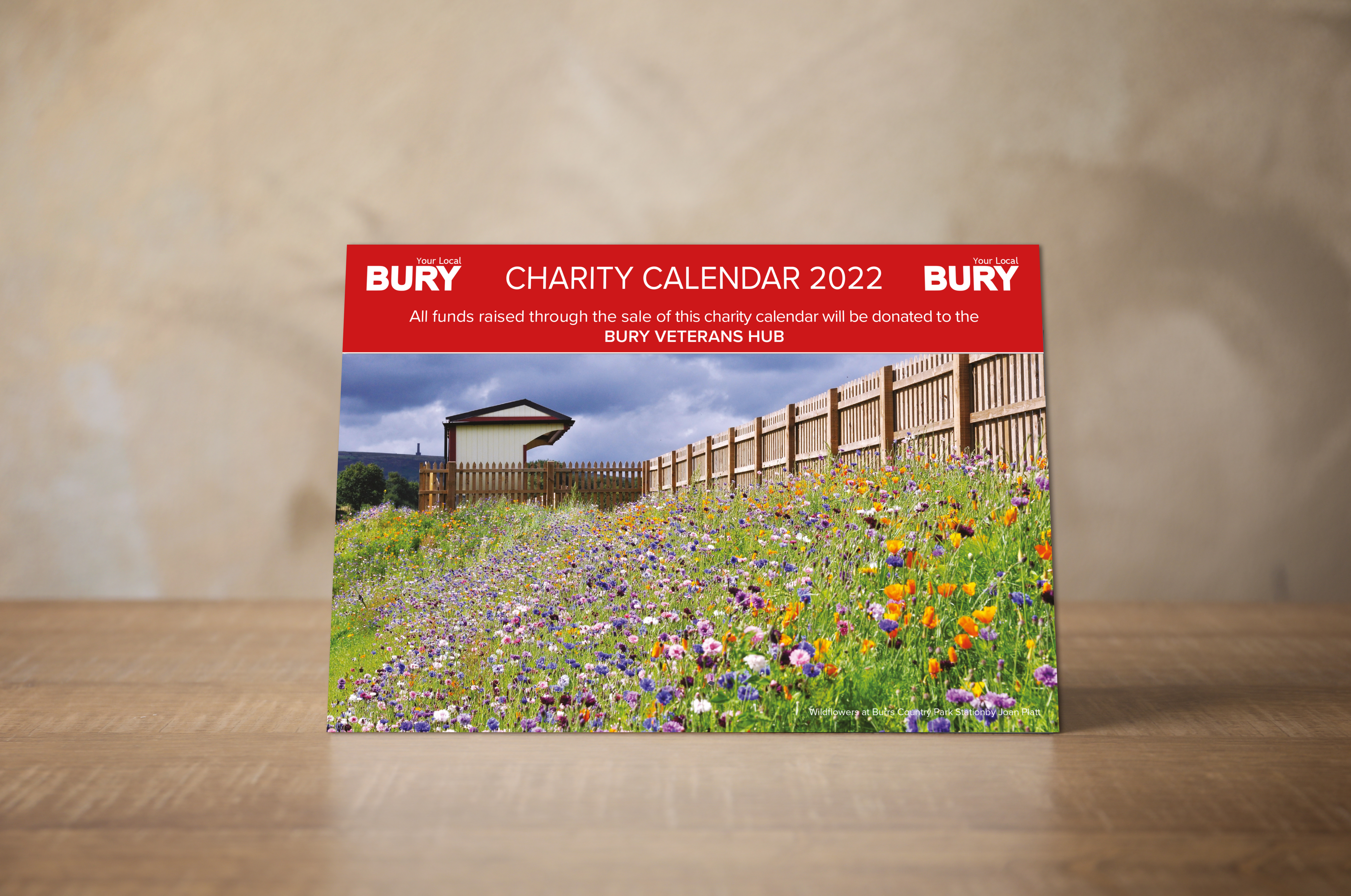 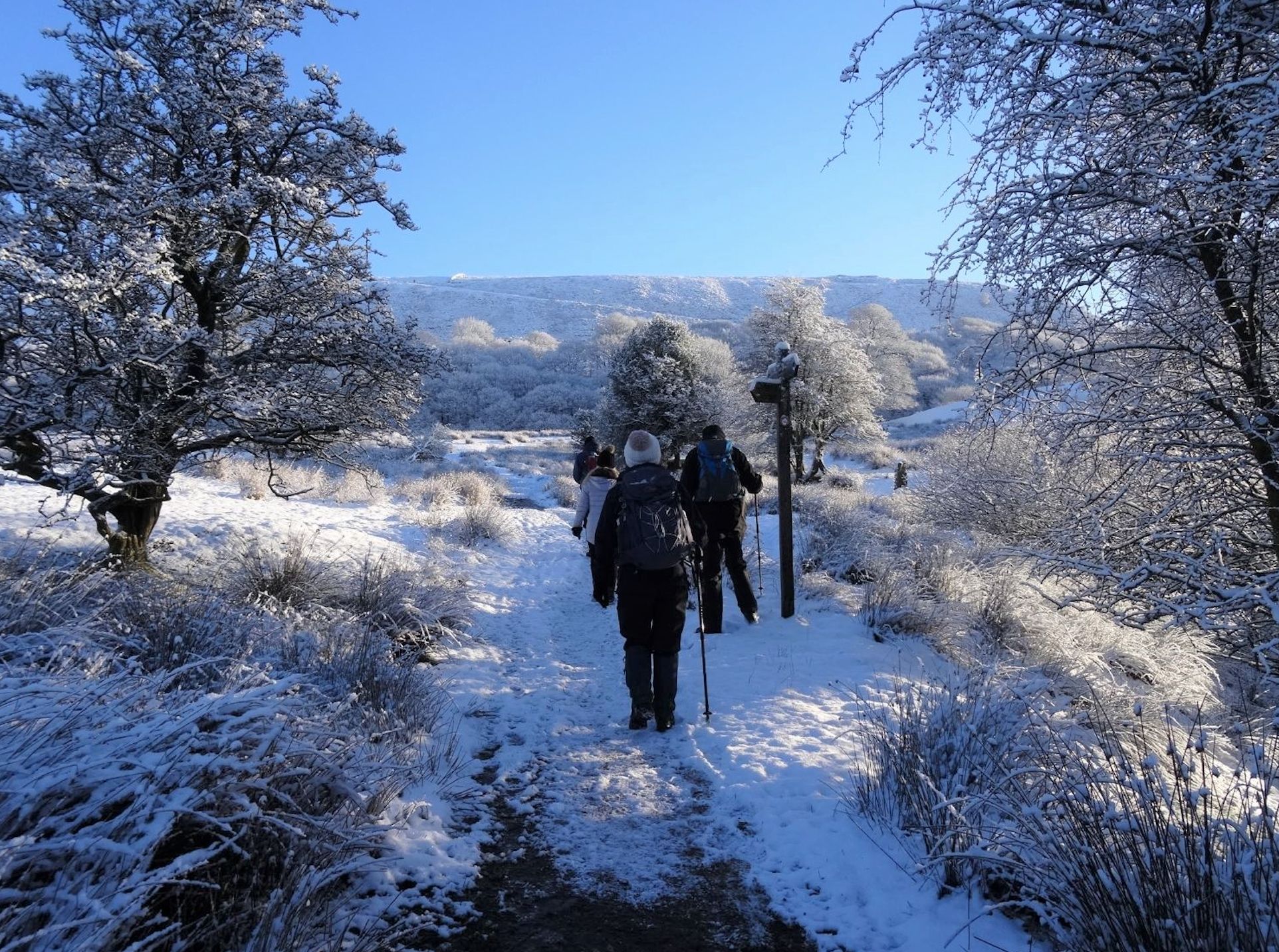 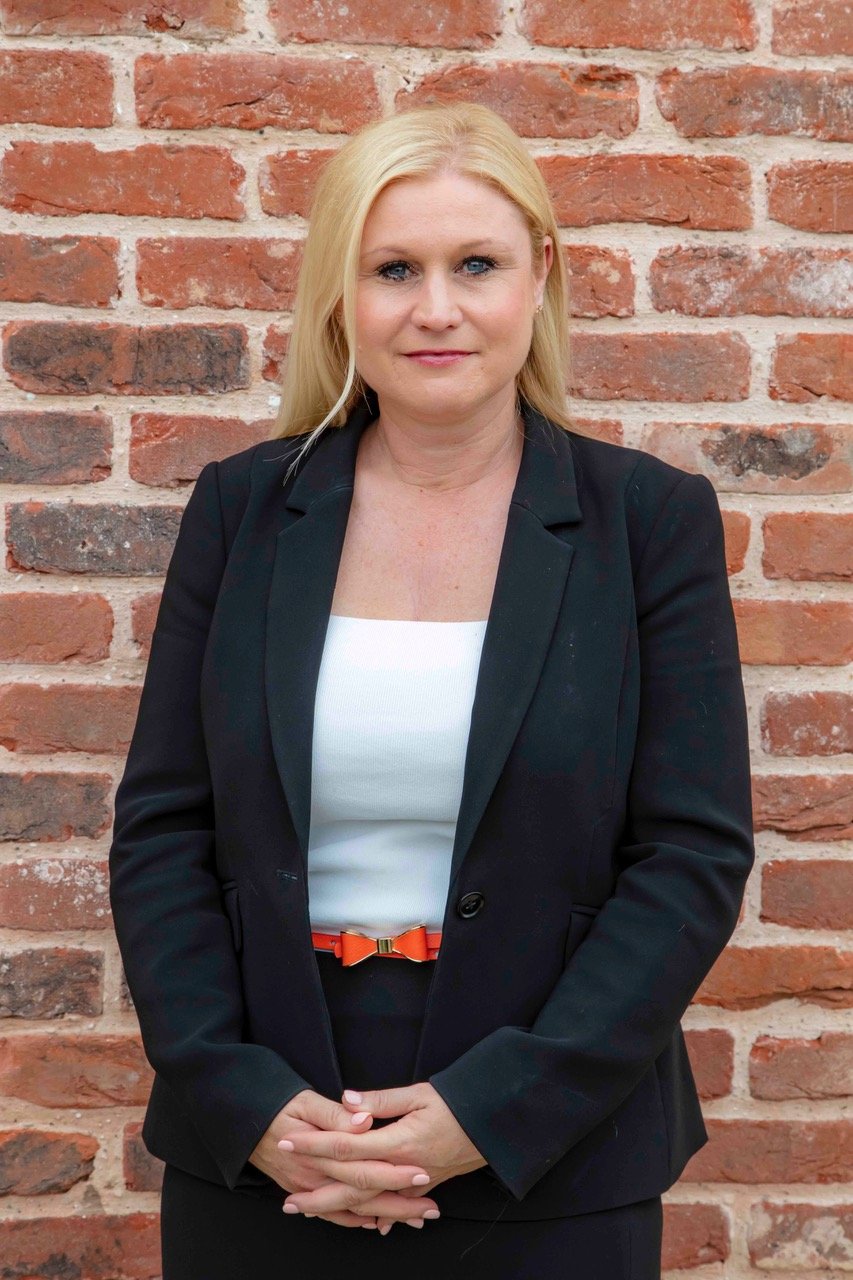 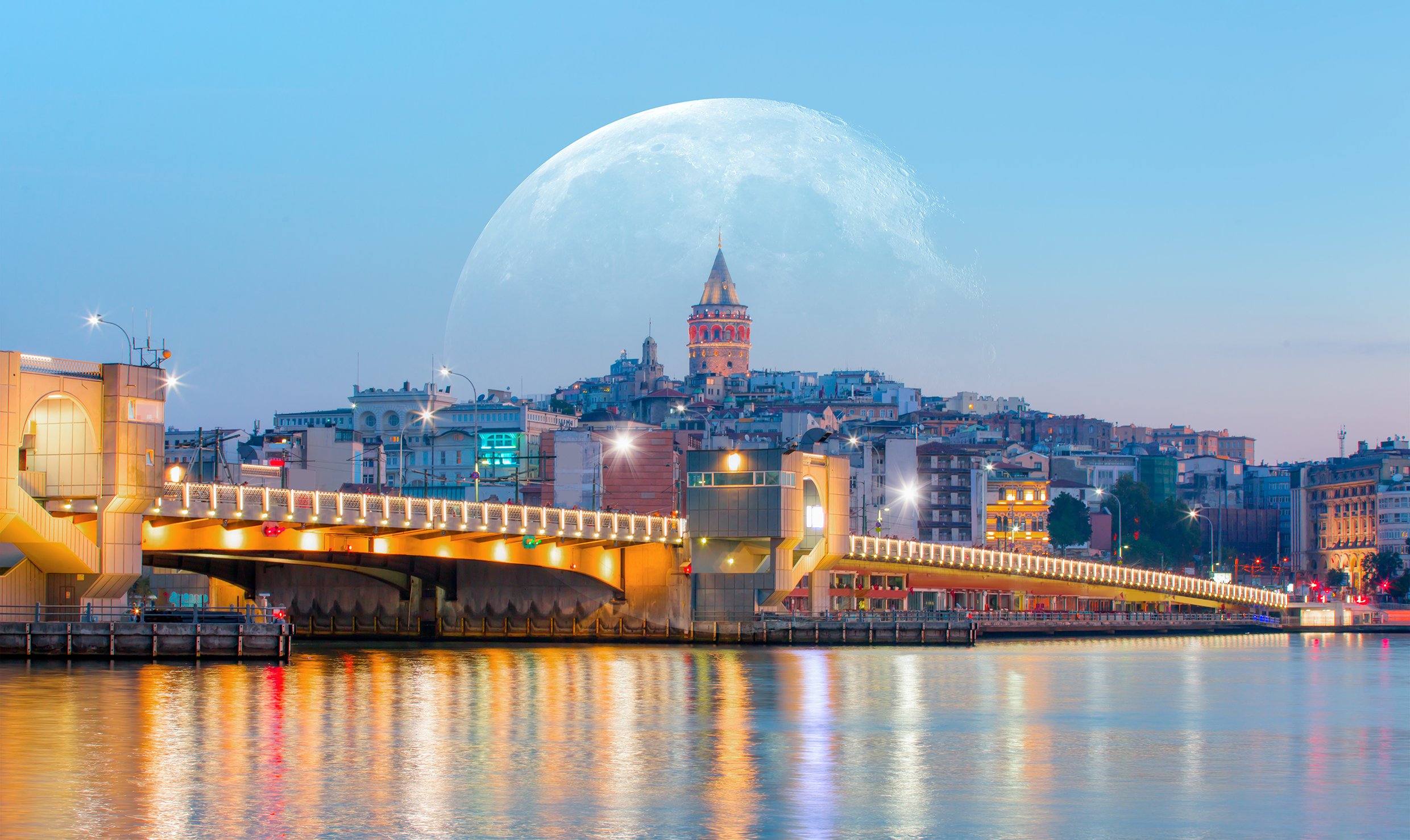 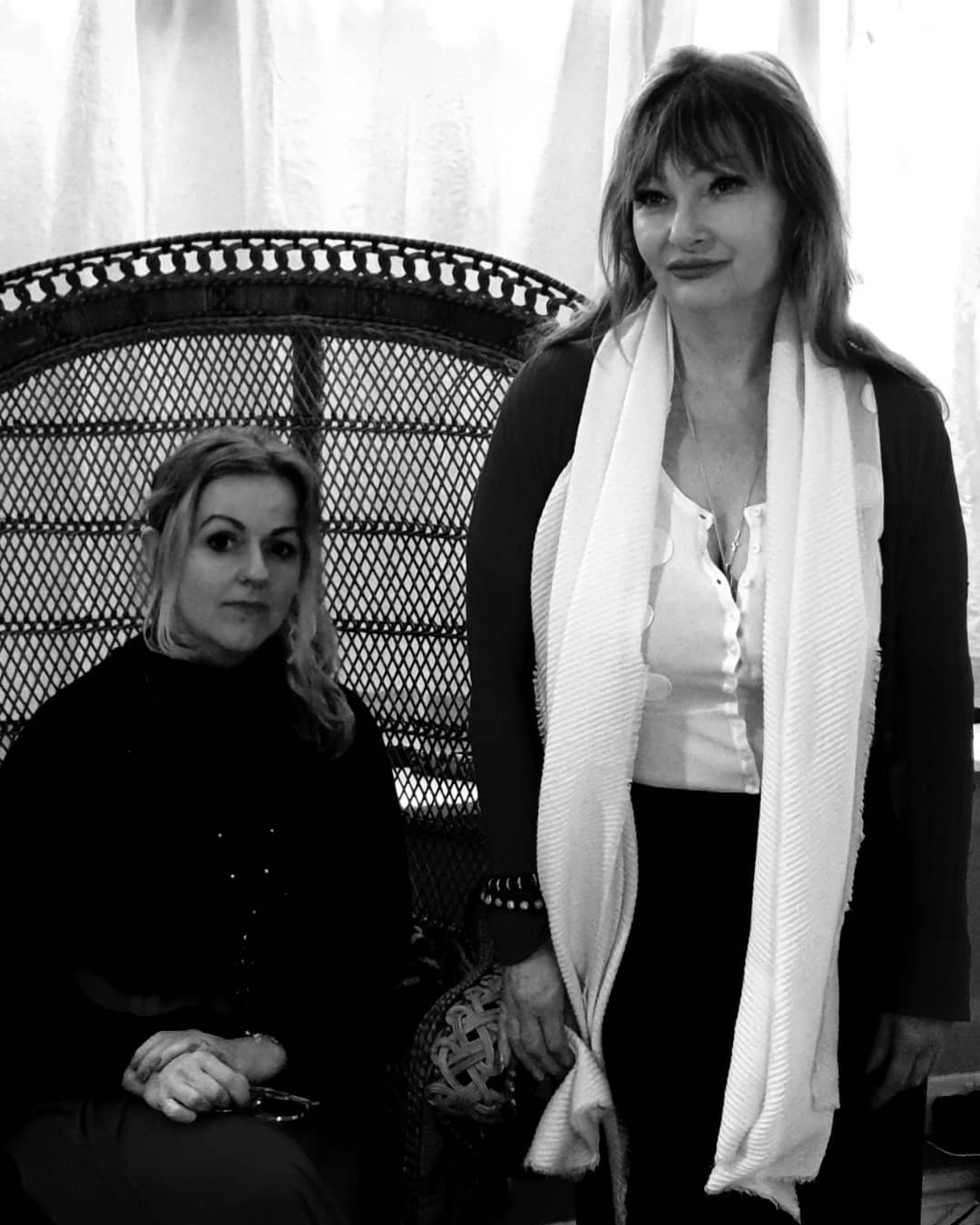 New Book Out By Bury Author

Bury born author Samantha Henthorn has released her latest book ‘My Half-Sister’s Half-Sister’. Available from Amazon in Kindle and paperback formats (audiobook due for release 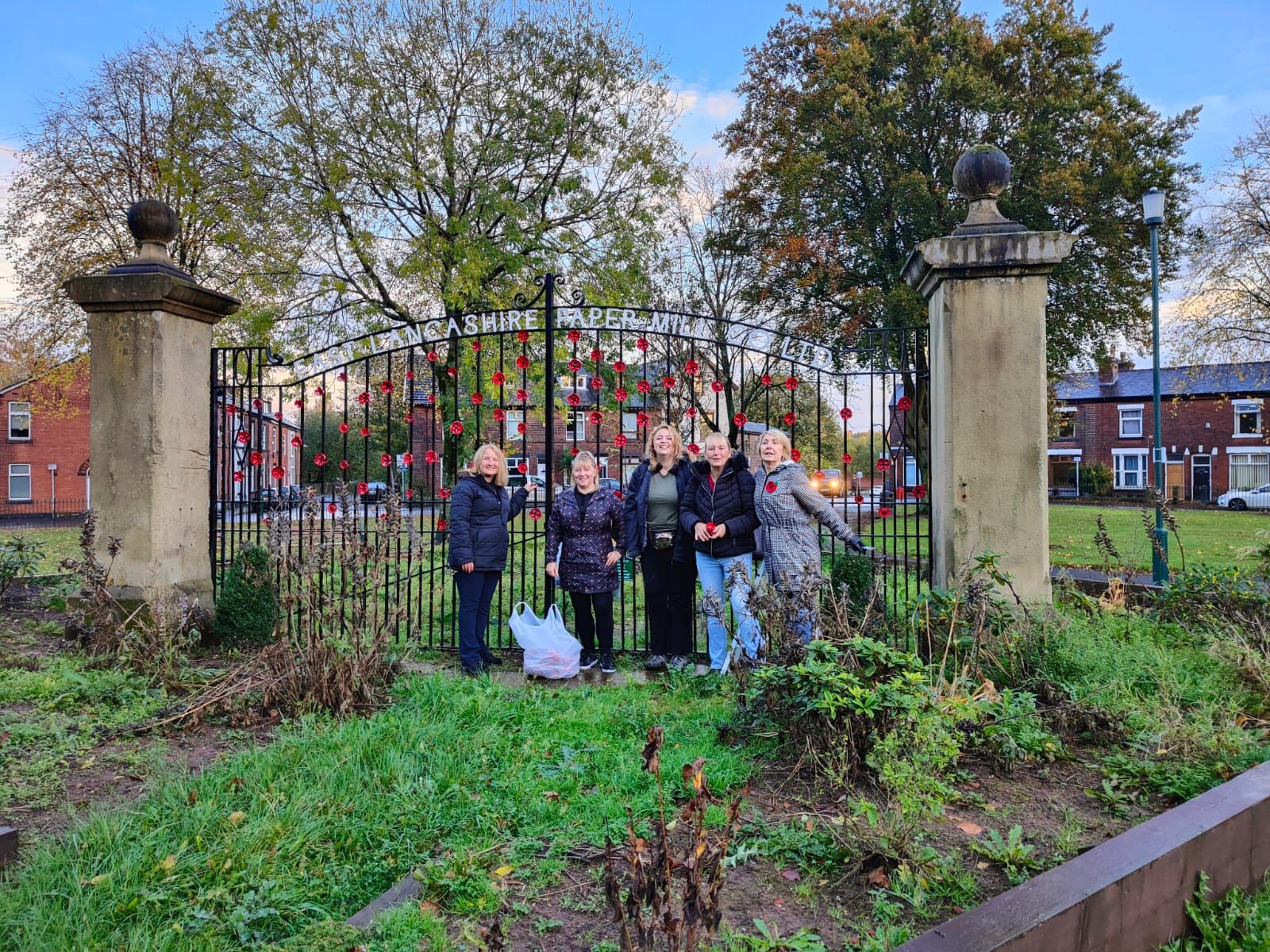 Radcliffe Litter Pickers recently embarked on a project to recycle plastic bottles and create poppies from them. We spoke to Gill Smith from the Radcliffe 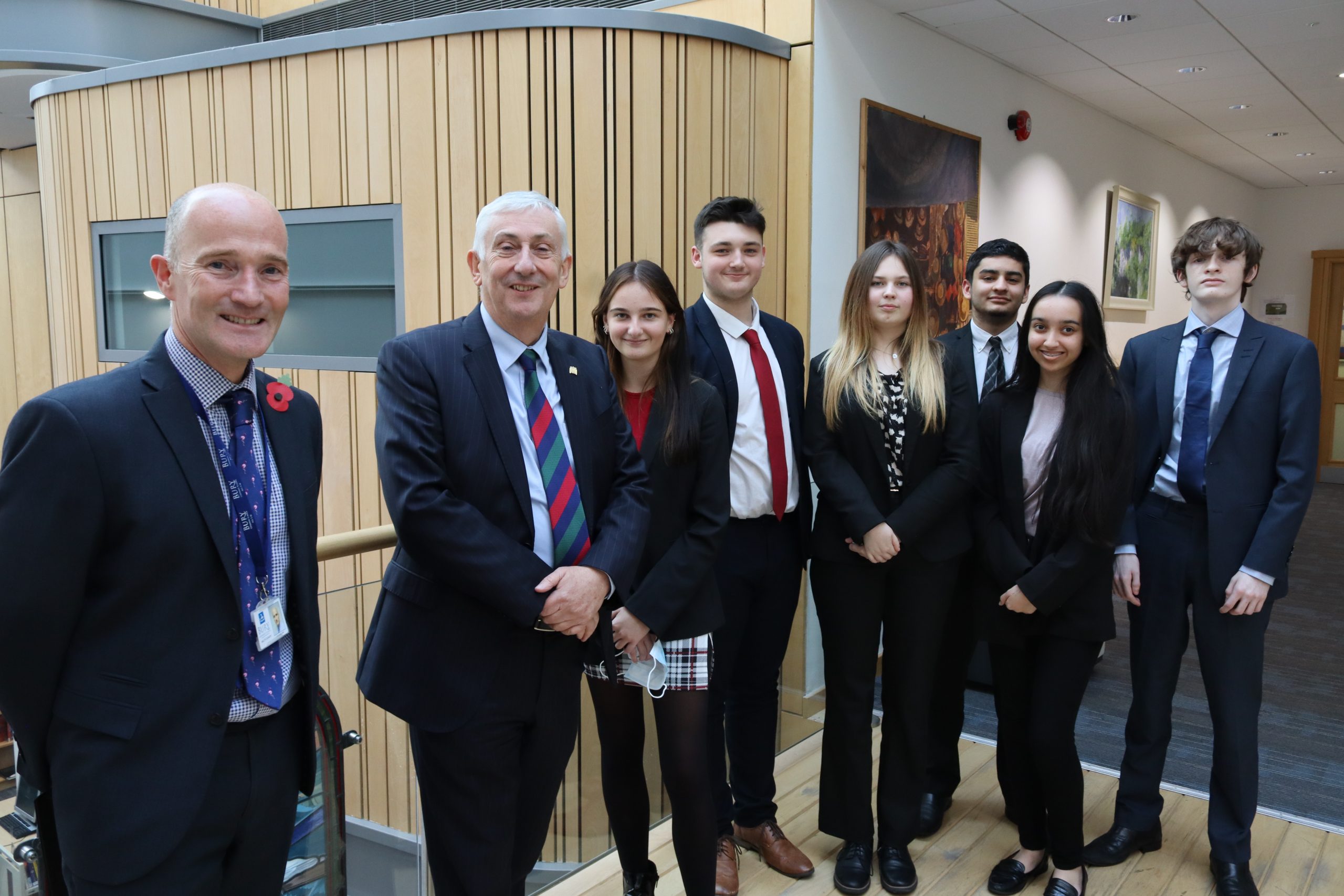 Sir Lindsay Hoyle MP, Speaker of the House of Commons and proud Lancastrian was a special guest at Bury Grammar School on 5 November for 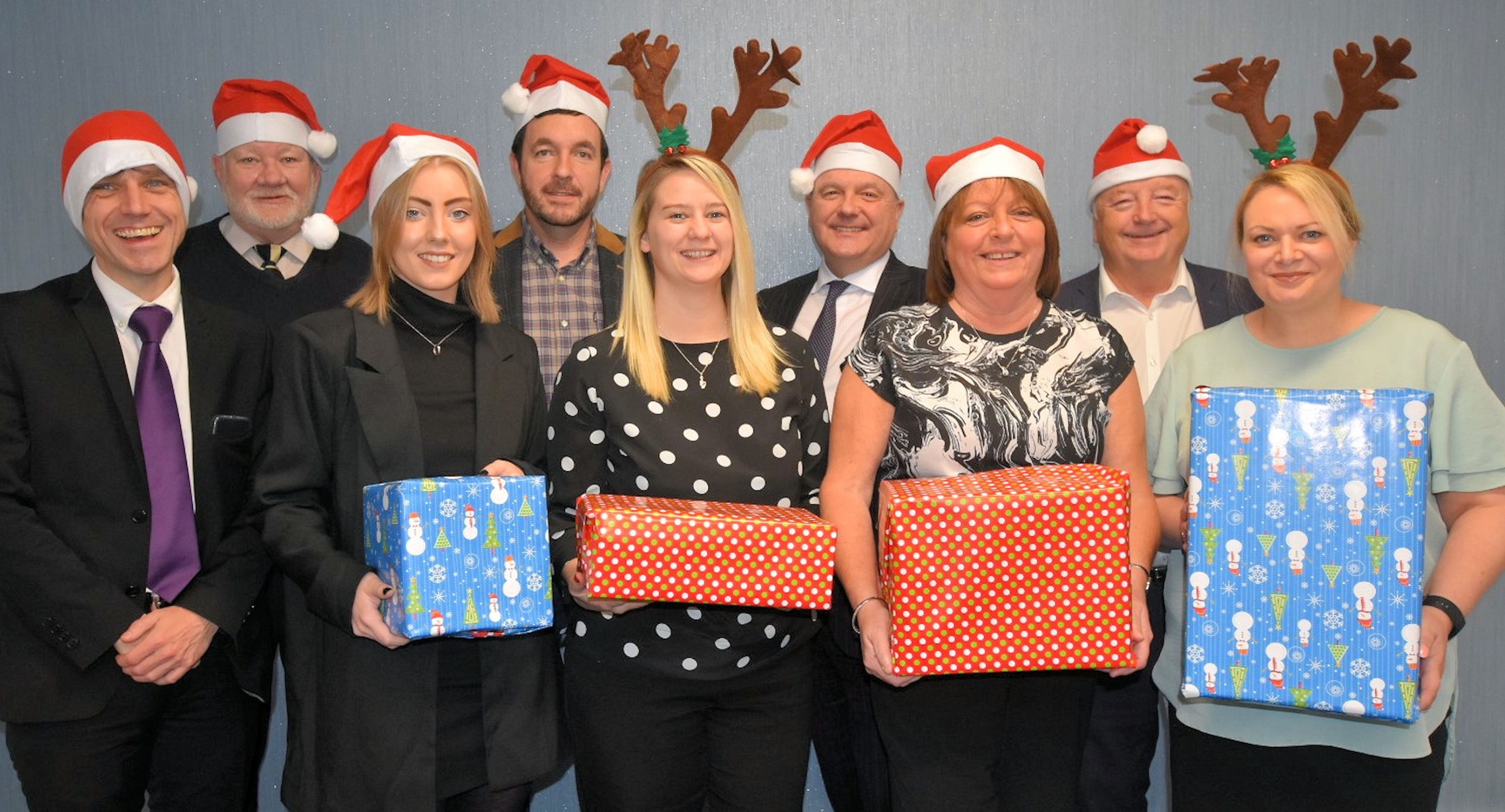